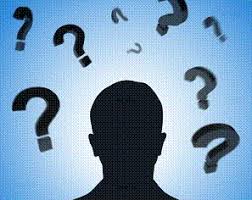 The Jehovah’s Witnesses claim that there are two destinies for the believers: An earthly and a heavenly dwelling. For this cult, the faithful men of the so called Old Testament will live on earth as vassals of the kingdom of God, while 144,000 anointed Christians of this dispensation of grace will go to heaven to rule the world with Christ. This would mean that those who reign with Christ receive a better reward than vassals, since according to the Jehovah’s Witnesses, those who reign with Christ are the only adopted children of God, and brothers of Christ, and the only people of God who are led by the Holy Spirit of God. However, this doctrine of the JWs seems to be in conflict with what Jehovah said in Genesis 15:1, where we read that God promised Abraham a reward that would be VERY great. “After these things the word of the Lord came to Abram in a vision, “Fear not, Abram, I am your shield; your reward shall be VERY GREAT”

However, when the writer to the Hebrews wrote to his brethren who supposedly have an inheritance in heaven, he said (10:35), as follows:35

“Therefore do not throw away your confidence, which has a GREAT REWARD”. English Standard Version (ESV).

Please note that those who are called to heaven receive a reward that is simply great, while those who have an earthly  hope their reward is  VERY GREAT.

This distinction seems strange or bizarre because Jehovah’s Witnesses believe that all the faith heroes of the Old Testament will receive the land (earth) as princes, which is a lower reward compared with “the heavenly places”, which are a better and a greater reward, reserved only for the 144,000 anointed JWs. To say that the earthly reward is a VERY great reward, and the heavenly reward is simply a great reward, is confusing and contradictory.

if (WIDGETBOX) WIDGETBOX.renderWidget('7fa844ed-05c8-4d8e-affe-94f95dac8e7e'); Get the Worldwide Association of Jehovah?s Witnesses widget and many other great free widgets at Widgetbox! Not seeing a widget? (More info)